I have taught undergraduate and graduate courses on a diverse number of Canadian politics areas including federalism, political parties, intergovernmental relations, and public policy here and at other universities. For several years,  I taught the first year introductory course, POLS 110 and have been teaching it again since 2019.  I regularly teach a third year  course on electoral systems and fourth year seminar on political communications.

In 2013, I was awarded the Frank Knox Award for Excellence in Teaching and in 2010 the W. J. Barnes Teaching Excellence Award.

I am guided by Alfred North Whitehead’s The Aims of Education in which he writes about the different objectives of learning.   In my introductory class, I try to impart what Whitehead calls “romance” as an important goal: to get students passionate about what excites you about the field and light the spark of knowledge. In upper year courses, I think “precision” is entirely appropriate as learning is about refinement of those basic building blocks. When I teach a graduate course I am interested in precision, of course, but also “generalization”. At this level students, confident in their mastery, can make new connections and create new knowledge. Throughout it all, I seek to impart a sense of critical awareness of political problems, a healthy skepticism of conventional wisdom and a recognition that learning often follows different paths for students. 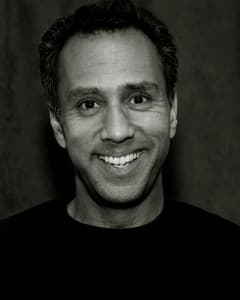 What is going on? Explaining Donald Trump

The election of Donald J. Trump in November 2016 was seen by many as a surprise. In the summer of 2016, during the Republican primaries, his campaign looked like it would fail.  His election campaign violated many traditional campaign rules around behaviour, damage control, mode of communication and fundraising.  It was marked by many missteps that insulted African Americans, Hispanics and women to name three.  Though he won the election he still received two million fewer votes than Democratic candidate, Hillary Clinton though he communicates on Twitter regularly to justify that win.  Since assuming office, he has governed in ways that defy political norms and challenge conventions of political behaviour.  What explains this remarkable and unprecedented success?   This course will unpack some of the reasons for Donald Trump’s victory.  In doing so, you will learn about American politics, the role of the mass media, history and socio-economic forces that led to his victory.

In order to successfully complete the course, students will demonstrate their ability to:

2) use political science concepts and history to describe the electoral success of  Donald Trump;

3) discuss the role of the mass media in modern presidential elections;

4) distinguish between the US presidential system and the Canadian parliamentary system;

Introduction to Politics and Government

POLS 110 is intended as an introduction to politics and its approaches, institutions and processes. Political studies is an incredibly diverse field and we don’t cover everything but this course seeks to uncover the main strands and themes of politics around the world and, indeed, through the ages.   As such, the course is intended to provide a broad introduction to the debates and issues of importance in political studies in Canada and abroad.

The first term will be spent examining concepts of importance in political science and the ideological lenses that are used to think about political orientations. The second term will be an examination of the state and institutions of governance, and the way in which politics are practiced in political communities, from the local to the global. In both terms, the theme of ‘politics in our backyard’ will animate the course. In order to understand politics in Canada, the hemisphere and the rest of the world, we hope to demonstrate that the same kinds of issues of structure and power that we see elsewhere are evident in our neighbourhood.

This fourth year seminar examines the role of political communications in modern politics.  The course looks at the way in which messages are produced, understood and disseminated by political actors.  As a survey course, we will examine semiotics, rhetoric and advertising by political parties, government and interest groups during and between elections.

Deliberative democracy can be understood in a number of different ways but has at its core the increased role of the citizen in democratic governance. This role is premised on the ideal of a reasoning citizen and that better quality outcomes emerge from citizens at the centre of policy-making. There is a vast range of how we define increased citizen participation in policy-making and similarly, there is a wide range of how we might understand or measure the reasoning citizen.

This course is divided into two sections.